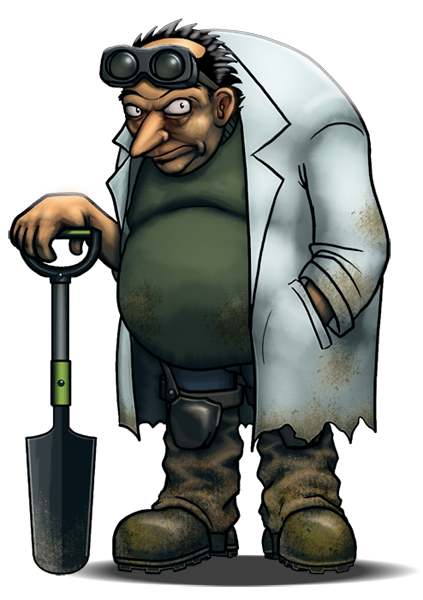 
Leonardo DeClod was born short, ugly, and with a slight hunchback, so you could say he was destined to be different from everyone else. He also developed a less-than-healthy relationship with soil, and had a general grumpy disposition toward anyone who raised an eyebrow at his work. But in this new utopia, society embraced his differences and encouraged him to be his best, filthy self. Now, as a middle-aged man, he runs a successful geology lab in the beautiful rolling hills of Europe.